Fifty years ago, before central air conditioners became the norm for cooling US homes, whole house fans were used for that purpose. Installed on the uppermost levels of the house, they were actually big exhausters, which would suck hot air from inside the house and into the vented attic, causing air from the outside to be sucked in through open windows and doors.

The reason why whole house fans became obsolete is that they don't allow homeowners to really control the temperature or comfort inside the house -- like they can do with air conditioners. If the outside air is too hot and muggy, that is the kind of air that will be brought into the home.

Nevertheless, many homes in the U.S. still have whole house fans installed -- and whole house fans represent a big gap in the building envelope, and can become a huge source of energy waste during the winter.

Because of a physics phenomenon known as the "stack effect," a lot of warm air -- the air that you pay to heat in the winter -- is escaping through that fan, into the vented attic, even when the fan is turned off.

When homeowners no longer use the whole house fan, Dr. Energy Saver usually recommends removing it entirely and patching the hole left in the ceiling with drywall.
Some homeowners, however, still like to use whole house fans to cool the house when the weather outside is nice and comfortable. So what can be done in these cases?

In episode 68 of the On the Job video series, Larry Janesky, shows us how Dr. Energy Saver deals with cases like this. The challenge is to allow the homeowner to use the whole house fan when he so chooses, but also keeping it from becoming a source of energy waste when the heating or air conditioning system is being used.

This particular attic received a lot of upgrades in order to become energy efficient, including an insulated storage deck, can light covers, Rockwool insulation and sealing around the chimney, duct sealing, a cat walk and insulation dams to contain several inches of blown cellulose, as well as professional air sealing.

The whole house fan in this case received a cover made of SilverGlo foam insulation board and completely air sealed. An airtight lid -- which can be removed by the homeowner when he turns the fan on -- keeps the unit fully functional, while preventing energy waste when the fan is not being used.

Whole house fans are only one of the many energy wasting details Dr. Energy Saver technicians find and fix every day, in homes across the U.S. -- and we would love to help you too!

Visit our website or call us to locate a Dr. Energy Saver dealer in your area that can make your home more comfortable and energy efficient.

Back to Previous Page
Back to Videos

We serve the following areas 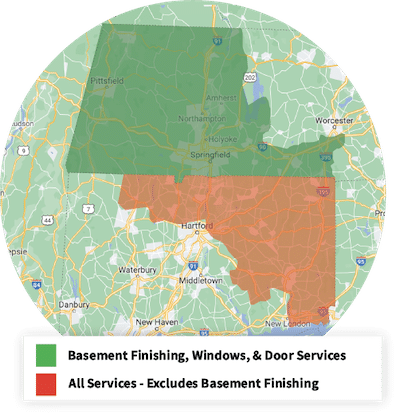